Rise of Allergies in the National News: But What is the REAL News? 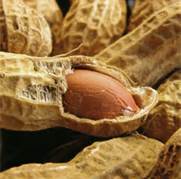 In this NBC news story they are talking about food allergies.  They say that there has been a dramatic increase since 1997.

What really is the news is what they are not saying.

What they are not saying is that:

1997 is the first year of widespread implementation of Roundup Ready soybeans and cotton, in other words GMO soy and cotton.

The active chemical ingredient in Roundup is Glyphosate, which chelates, or holds and prevents  the availability of vital nutrients in the soil, plants and grain wherever it is present. Glyphosate chelates manganese, calcium, magnesium, zinc, iron etc...all nutrients we need to be healthy and thrive and fight off disease.

Glyphosate is a registered pesticide and patented as an antibiotic with the USPTO 7771736*. It is also a foreign chemical and the body fights foreign invaders. An anaphylatic allergic reaction (swelling of the throat) is the body responding to a foreign invader and trying to keep it out. Peanut allergy is the most common cause of death from a food allergy.

2007 was the last printed public statement of RoundUp use. 185 million pounds of glyphosate were being sprayed on all kinds of non organic foods at that time.

It has been reported that the use of pesticides on GMO crops increased 26% in 2008 alone.Roundup is used as a burndown herbicide before planting for conventional crops. It is sprayed directly ON and absorbs into GMO RR soy, cotton and corn. It cannot be washed off.

The real news is that the major rotation crop in cotton growing areas is guess what? Peanuts.

Why would there ever be a problem with allergies? I hope you get the sarcasm here.

The real news is:

Do you fear for their life like I do?

If not, did you know that 78% of the children who die from a food allergy never had a severe allergic attack before?

In a neighboring school district the number of kids who need Epi Pens was 750 last year. This year it is 2000.

That is 2000 kids that could die from food. Die. OUR kids! Is there anything more outrageous or horrible???

Why are we permitting corporation profits to be more important than our children's lives?

The REAL story is the hold that Monsanto has on our media.

We demand NBC and all major media put the health and well being of our nation's children before the call of the almighty dollar from your commercial sponsors. Otherwise the major news will not be what you report but how false the news is that you do report.  The lack of accountability that Monsanto lays claim to will drain the integrity of every person and corporation that associates with, or protects them, by not reporting the truth.

We are Moms and we see the truth right before us.

It's called: Our kids GET BETTER when they GET OFF GMOs.

** This information is from a 3rd generation farmer. It doesn't matter who..ask any farmer who knows about farming peanuts. They call it " Farmer's common sense". Want to discredit this? Show us the reports of glyphosate levels in peanuts and ALL our foods!

Please check your e-mail for a link to activate your account.